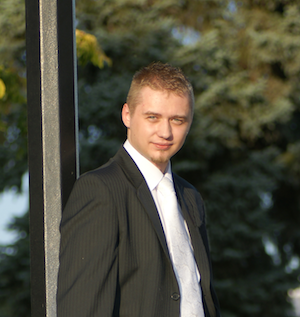 What is my story

Due to my interests in new technologies since my early years, I decided to join an IT company right after I left school. My very first job was a Monitoring Specialist at T-Systems Slovakia. While it was good for start of my professional career, I wanted to improve my knowledge in the Linux/Unix areas and after 3 years I applied for a 2nd level UNIX/Solaris Administrator position. I succeeded and got the pleasure to work with some amazingly skilled engineers who helped me to improve my knowledge in various areas. At that time I became interested in scripting and automation where a sysadmin position offered plenty of opportunities.

At the end of 2011 I decided to move to the Czech Republic and joined OKIN where I have been working as a Junior UNIX Administrator. Thanks to my past experience I was promoted to a Senior UNIX Administrator in just 9 months. During my senior position I developed several internal tools/scripts that are still actively used by the whole teams.

In 2014 my team leader left the company and as I had been her deputy for almost 2 years, I was promoted to Team Leader. I was managing the team for 1 and a half year and played a major role in transforming the team from 8x5 to 24x7 which was unbelievably difficult but was a very good challenge.

In October 2014 I was approached by the Managing Director of OKIN to help start a new project of Cloud Services. I have done over 400 interviews in first 6 months and helped to fill about 100 positions - doing all this while still running the Service Desk team.

In September 2015 we found my replacement team leader to take over from me for my old team and I became the Team Leader for Linux and DBA teams within this new project. I've built team from scratch to around 20 people in a 24x7 environment in Tier 1 & 2.

In August 2016 I got a chance to work for Tieto company as a Line Manager for Windows Tier 3 engineers and decided to leave Okin and pursue this new challenge.

After 9 years in operations I felt like I need a change and as of March 2018 I am now leading several teams of DevOps Engineers and Software Developers.
In this role I am split roughly 70:30 between technical and managerial role.
- As a manager I am responsible for 5 agile teams totaling roughly 30 people.
- As a technician I am part of DevOps team working primarily on apps/tooling/automation in C# and Typescript (Azure Functions, Azure DevOps extensions, web apps, desktop apps, cli tools) and Linux automation in Python/Ansible (mainly from RedHat family).

years of IT experience

HOME:
Used Archlinux for about 5 years, nowadays it is Fedora to be closer to what I use at work.
For past 3 years my main DEV environment is Windows though with WSL2 (using Almalinux there) WORK:
Worked with almost all flavors of Linux and UNIX where the most beloved one is RedHat followed by Solaris 11.
Worked for almost 4 years with Solaris 10 and 11, so I have extensive knowledge in technologies like ZFS/SMF/LDOM ...
For past 3 years working exclusively with RedHat (including Almalinux and CentOS) and Ubuntu Server 18.04+

Started at school with HTML/PHP/jQuery/CSS, went through the scripting languages like Bash/Python/Perl/Ruby. Lately using a lot of Typescript with React.
Sometimes I use Go Language for linux tool-smithing.
As of early 2018 I work in .NET environment writing tooling with C# and Powershell. Automation with Ansible became my daily bread.

It is my pleasure to recommend Stefan, which I know for just under two years. I'm constantly impressed with Stefan's attitude and productivity. He is both very bright and motivated. He's is a quick learner and has shown the ability to digest large volumes of information. Stefan also has the analytical skills to diagnose problems and devise viable solutions. He is very consistent in his work and tries to constantly improve all his skills. He is one of the best employees of the team whom I can rely on. I recommend him without reservations.
Find more on my linkedIn profile

I'm working as DevOps engineer and managing several teams of Software Developers and DevOps Engineers within the PPF organization of the leading IT company within Nordics region. (Tietoevry)

My education and experience.

Major technologies team has experience in:


In team I was dedicated to solve backup related issues.
Specialization in IBM Tivoli Storage Manager

Subject of study was telecommunication technologies and programming.
I've obtained CCNA certificate, however it is expired as I went different path after the school.

Drop me a line or give me a ring. I'd love to hear from you.

I am usually focused to my work during EMEA business hours, so might respond a bit later.